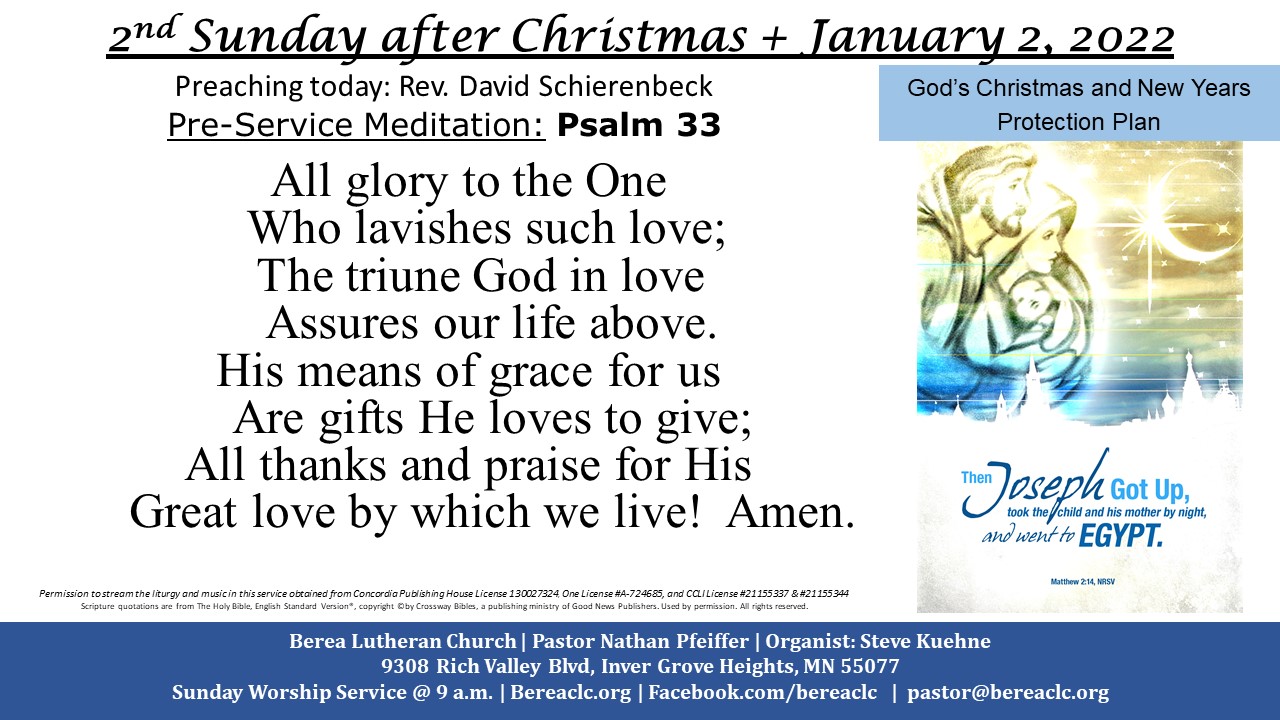 Matthew 2:13-23 13When [the wise men] had departed, behold, an angel of the Lord appeared to Joseph in a dream and said, “Rise, take the child and his mother, and flee to Egypt, and remain there until I tell you, for Herod is about to search for the child, to destroy him.” 14And he rose and took the child and his mother by night and departed to Egypt 15and remained there until the death of Herod. This was to fulfill what the Lord had spoken by the prophet, “Out of Egypt I called my son.”

16Then Herod, when he saw that he had been tricked by the wise men, became furious, and he sent and killed all the male children in Bethlehem and in all that region who were two years old or under, according to the time that he had ascertained from the wise men. 17Then was fulfilled what was spoken by the prophet Jeremiah:
18
“A voice was heard in Ramah,
weeping and loud lamentation,
Rachel weeping for her children;
she refused to be comforted, because they are no more.”

19But when Herod died, behold, an angel of the Lord appeared in a dream to Joseph in Egypt, 20saying, “Rise, take the child and his mother and go to the land of Israel, for those who sought the child’s life are dead.” 21And he rose and took the child and his mother and went to the land of Israel. 22But when he heard that Archelaus was reigning over Judea in place of his father Herod, he was afraid to go there, and being warned in a dream he withdrew to the district of Galilee. 23And he went and lived in a city called Nazareth, that what was spoken by the prophets might be fulfilled: “He shall be called a Nazarene.”