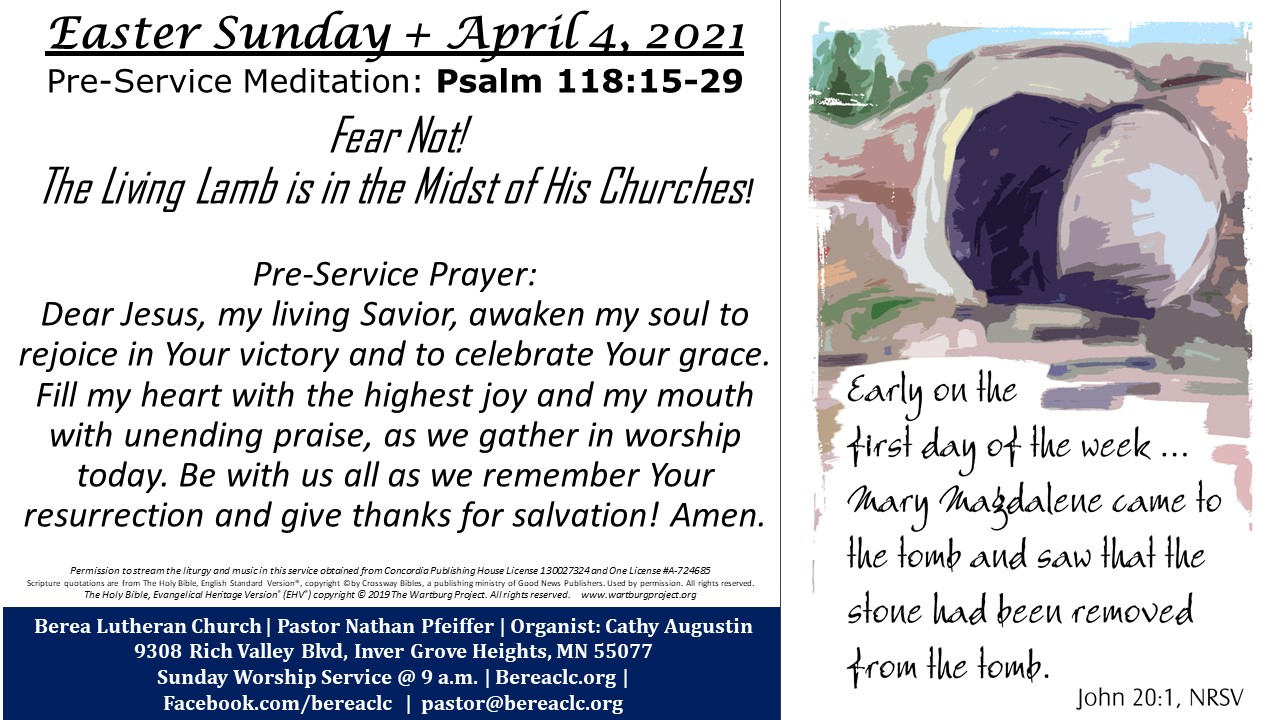 Fear Not! The Living Lamb is in the Midst of His Churches!

SERMON  – Revelation 1:9-20   9I, John, your brother and companion in the suffering and kingship and patient endurance in Jesus, was on the island called Patmos because of the word of God and the testimony about Jesus.

10I was in spirit on the Lord’s Day, and I heard a loud voice behind me, like a trumpet, 11saying, “Write what you see on a scroll and send it to the seven churches: to Ephesus, Smyrna, Pergamum, Thyatira, Sardis, Philadelphia, and Laodicea.”

12I turned to see the voice that was speaking to me. When I turned, I saw seven gold lampstands, 13and among the lampstands was one like a son of man. He was clothed with a robe that reached to his feet, and around his chest he wore a gold sash. 14His head and his hair were white, like white wool or like snow. His eyes were like blazing flames. 15His feet were like polished bronze being refined in a furnace. His voice was like the roar of many waters. 16He held seven stars in his right hand. A sharp two-edged sword was coming out of his mouth. His face was shining as the sun shines in all its brightness.

17When I saw him, I fell at his feet like a dead man. He placed his right hand on me and said, “Do not be afraid. I am the First and the Last—18the Living One. I was dead and, see, I am alive forever and ever! I also hold the keys of death and hell.

19“So write what you have seen, both those things that are and those that will take place after this.

Theme: “Fear Not!  The Living Lamb is in the Midst of His Churches”