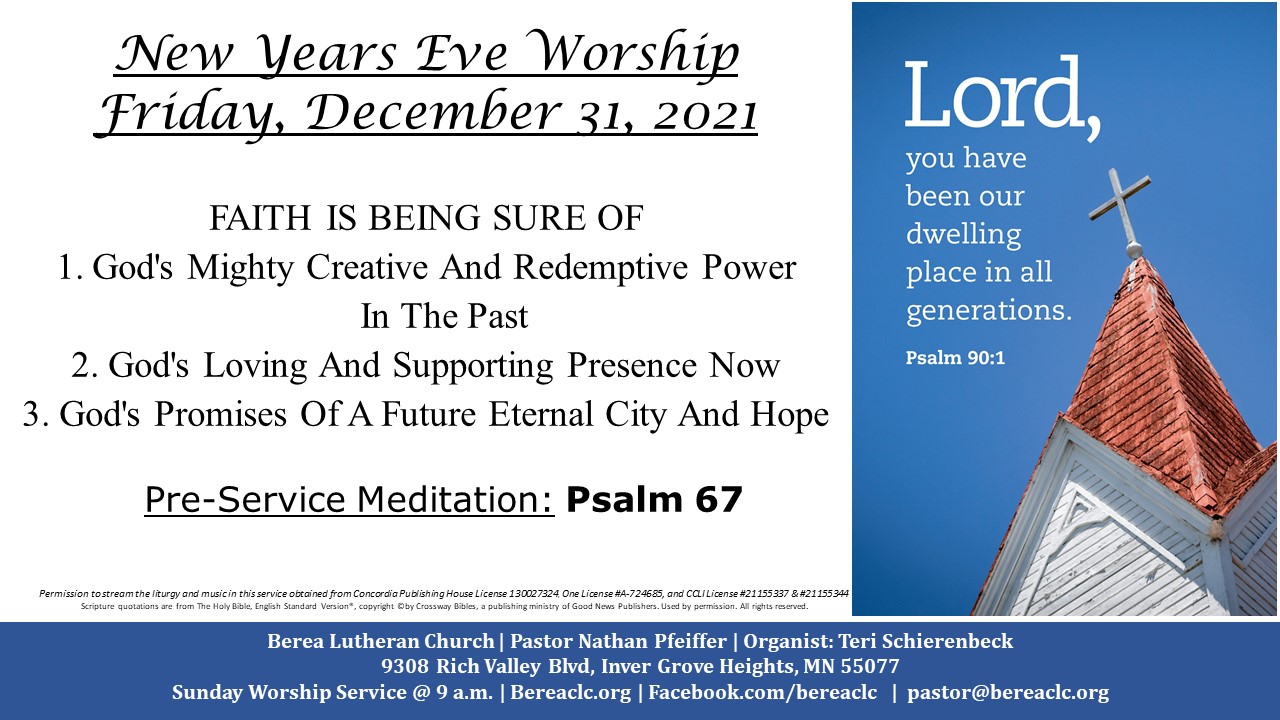 Faith is Being Sure Of...

1Now faith is the assurance of things hoped for, the conviction of things not seen. 2For by it the people of old received their commendation. 3By faith we understand that the universe was created by the word of God, so that what is seen was not made out of things that are visible.

8By faith Abraham obeyed when he was called to go out to a place that he was to receive as an inheritance. And he went out, not knowing where he was going. 9By faith he went to live in the land of promise, as in a foreign land, living in tents with Isaac and Jacob, heirs with him of the same promise. 10For he was looking forward to the city that has foundations, whose designer and builder is God. 11By faith Sarah herself received power to conceive, even when she was past the age, since she considered him faithful who had promised. 12Therefore from one man, and him as good as dead, were born descendants as many as the stars of heaven and as many as the innumerable grains of sand by the seashore.

13These all died in faith, not having received the things promised, but having seen them and greeted them from afar, and having acknowledged that they were strangers and exiles on the earth. 14For people who speak thus make it clear that they are seeking a homeland. 15If they had been thinking of that land from which they had gone out, they would have had opportunity to return. 16But as it is, they desire a better country, that is, a heavenly one. Therefore God is not ashamed to be called their God, for he has prepared for them a city.

FAITH IS BEING SURE OF